Research projects of the Ornithology Section

In Europe, the Northern Bald Ibis (NBI) went extinct mid of the 17th century. Anthropogene factors like hunting and taking offspring out of the nest were the main reasons. Today the NBI is one of the most endangered bird species. In Morocco, a population of about 500 individuals survived, but all other populations in the wild are lost (Turkish pobulation since 1989, in 2002 rediscovered Syrian population since 2013). 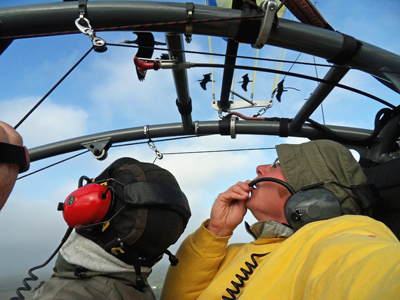 In Cooperation with the conservation project Waldrappteam (www.waldrapp.eu), the scientific topics are the methodology of reintroduction, the social and migratory behaviour. The project Waldrappteam is the first scientifically based attempt to reintroduce an extinct migratory bird species. Human foster parents in microlight airplanes lead zoo-hatched Waldrapp offspring from future breeding grounds to a suitable wintering area. As an adult or even subadult, they find their way back to the breeding area, raise their offspring and lead them to the wintering grounds. This is one way to create a new migration tradition.

Since 2014, the European Union supports the reintroduction of the NBI in context of the LIFE+ programme.

New species out of old specimens:

The study skins in the collection still hide some secrets: quill mites (Syringophilidae) are still in their plumage, and there are still new species to discover! Dr. Maciej Skoracki (Adam-Mickiewicz-University Posen) works with this material on a regular basis and describes new mites species. The Holotypes are stored in the Arthropoda varia secion at the ZSM.