The Aquatic Insects Section began to exist when Dr. Ernst-Gerhard Burmeister joined the ZSM in 1978. Until that time the various insect groups subsumed under aquatic insects were curated as parts of other sections. In 2000 the section changed the name in ‘insecta varia – aquatic insects’ because the non aquatic groups have gained more importance, the aquatic bugs (Hydrocorisae) were transformed in the Hemiptera section and the Apterygota were included. 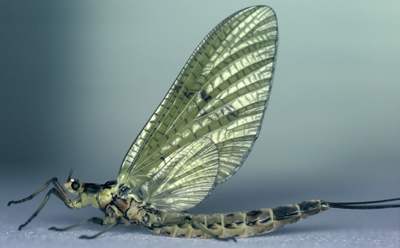 Initially the collection of the Aquatic Insects Section was very small with only few types of taxonomically important specimens. Aim of the act of foundation the new section was the building up a limnic animal collection, preserved in alcohol. The specimens of insectgroups collected in earlier times only existed as dried material and have been looked after by different sections bevor 1978. Only a few specimens of W. Engelhardt exist from different locations of Bavaria in this fluid. The collections consisted of material donated from various collectors. The majority of specimens was collected during the time of the “Akademie in München” and the collection of the “Naturalienkabinett”. The first specimens with authentic labels have been collected during the expeditions of J.B. von Spix and C.F. Ph. von Martius between 1817 – 1820.

Subsequently the collection has been growing considerably in size through collecting activities in middle and south Europe, South Amercia and Africa by the chief of the section. A lot of material has been acquired by gifts and by exchange of material.

The foundation of the section initially orientated to the ecological group “aquatic insects” has proved its worth and was taken over in the meanwhile by oher museums with success.